The winners of the iClone & Sketchup competition, announced and featured.

Ajax Animator, a basic animation tool in HTML 5 for the Chrome web browser…

“Ajax Animator is a web-based animation tool powered by HTML5. There are plenty of customizable options in this app including various themes, drawing tools, frame layering, image uploading and setting up the speed of your animations. With Ajax animator you can save, publish, upload and share your animations. Ajax Animator allows you to work offline.”

An interesting vision of what you can build with HTML5.

Canvas Rider also shows the possibilities for crowd-sourced platformer games. This is where HTML5 will win out, I think — not trying to compete with polished commercial desktop apps, but in creating new semi-social / data-driven online experiences that go beyond silly Facebook and Flash games.

A new free low-poly Future Jet over at OpenGameArt. It’s a plain ‘ol .obj with textures, so there’s no need to wrestle with Blender to convert it for iClone. Just 2,500 faces, so even a squadron of these won’t tax iClone… 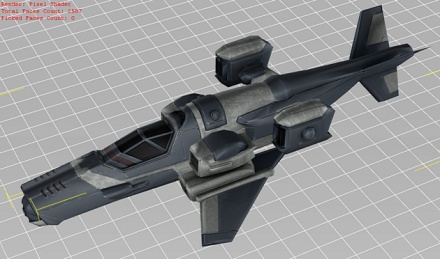 A French translation of Muvizu, by user Corentino. Stand by for over-long art-house films with a baffling plot.

Muvizu’s intrepid engineers are burrowing toward the deep core of the Muvizu engine, battling off the gremlins as they go…

“We’re currently undertaking what is probably the most difficult work since we launched our public alpha about 18 months ago. Frustratingly, though, all of the work is under the hood, dealing as it does with ones and noughts right at the core of the Muvizu application.”

When they’ve completed their mission, users get helicopters, jets, and “other things that fly”. Estimated time of take-off, end Feb 2011.

Yup. Now that will really make Muvizu take off. And a fan’s pre-made sets archive is also being brought in house, hooked directly into the engine. Nice.

Newly arrived on OpenGameArt, Skorpio’s ultra low-poly mech at just 1,700 faces. So you could potentially have about 40 or more of these in an iClone battle scene. Converted for iClone, animated with a looping walk-cycle, and easy to animate using iClone’s Motion Edit. The head and weapons are all rotatable. I added new textures, and an “eye” (a glowmapped and parented Heliopolis Library Pedestal by Ksst, from 3D Warehouse). Pack includes original successful .fbx export. 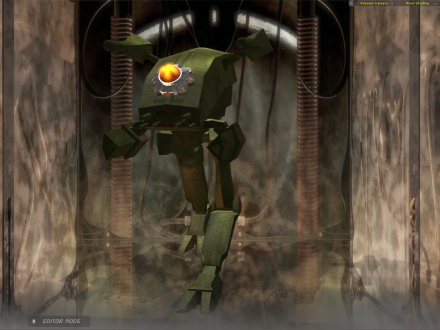 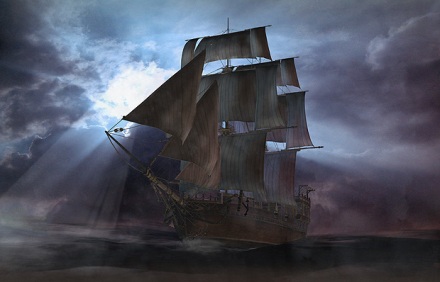 Model: Seatraveler (just $22 at Renderosity), reduced to 222,000 faces by removing interior parts and some spars before converting for iClone with 3DXchange. You might reduce her further in size by taking the sails off, and then later replacing with iClone’s animated cloth so that they flap with the wind.

Background: My own photo. 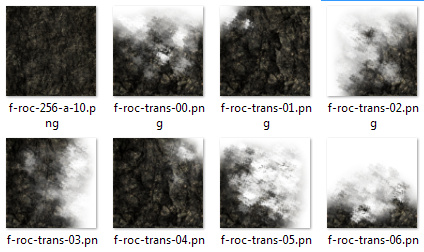 Lighting preset: sea-adapted variant of my Epic Mountain Castle light preset. Moved one of the spotlights into the rigging and turned it blue, to match the light in the background photo.

Photoshopping: Almost 100% iClone — just used Photoshop to take out some fly-away sail-lines that didn’t link to anything because I’d removed some side-projecting spars before importing; tidy up a few wave/sky hairlines; and a little blurring on the stern and top-most spar-tip of the ship.

An excellent new video tutorial by Mark on how to do cut-outs in iClone. I’m skipping straight to the part where he solves the fringing problem that occasionally happens, by dialling down the tiling settings from 1.00 to 0.99…

Just posted, James Bonder shows off the high quality of the explosions you can currently produce with Muvizu…

I’d imagine this could be a great way of enticing kids into programming a little game segment. Have the class work in pairs to quickly do lots of little prototype visualisations in Crazy Talk Animator first, without having to see any scary back-end code. Then bring the prototypes together for discussion, and the cherry-picking of what works best. Then, using the exported or screen-grabbed art assets, have the brighter kids in the class work to code up a playable mini-level of the game. Maybe with something like Game Maker 8…

Sadly, this can only export to a standalone .exe file. Would be very cool if it could export in HTML5 for the web…

Have a hankering to do some Dungeons & Dragons -style comics with iClone and Photoshop? Or perhaps even with iClone and Reallusions’s Widgetcast? TheArtOrder is on the hunt…

“Dungeons & Dragons wants to do some web comics. And when I say some, I really mean a bunch of ‘em. I’m on the hunt for artist/writers that want to create web comics for the Dungeons & Dragons brand. [starting] around March or April [2011] depending upon how quickly I can get artists working and get some pieces in the can. I’m shooting for running 3 strips a week initially, and depending upon the response maybe we’ll notch it up later in the year.

What I’m looking for:

A great example of a comic suitable for a big widescreen PC monitor… from the free The Guns of Shadow Valley by Dave Wachter and James Clark, lettering by Thomas Mauer… 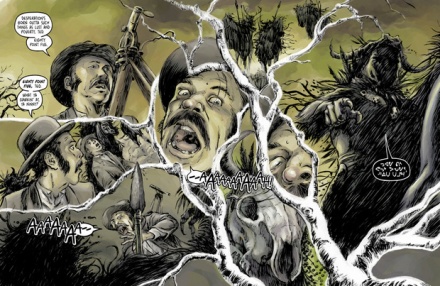 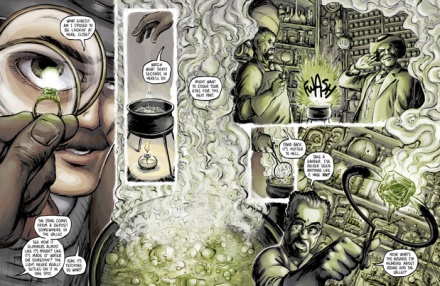 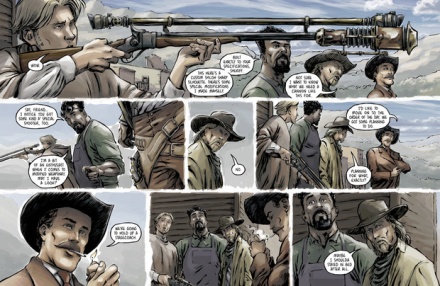 Small W Studios has a new 26-minute iClone tutorial for creating a dingy room. Great to see the new longer length now available on YouTube being put to good use…

A few props from the open movie Sintel. Regrettably most of the models / scenes in the assets archive are too high-poly or too low-poly (just basic placeholders), or else 3DXchange refuses to convert them. I did manage to convert and texture one of the hyenas, but then on use in iClone I found it wouldn’t do Motion Edit. So all you get, after all the waiting… is a huge cave-complex done in just 72k faces, plus a few extra props. It’s the dragon cave in Sintel. I’ve very roughly textured it with some old Ryzom textures, so that someone who wants to properly re-texture it can see what they’re doing. It’s contained in a ready-lit and ready-flooded iClone project file. The cave is a little blocky in places, but you might get around that with better textures and/or camera angles and lighting/fog. Also in the pack are some rather nice broken crates for the entrance, and 2D cut-outs of the moon and some Spanish Moss. 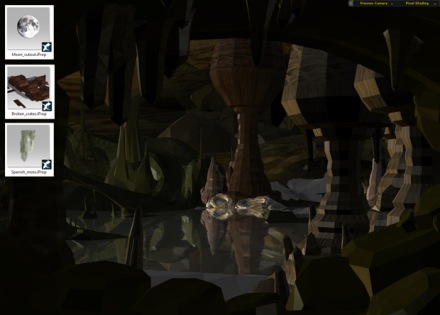 Possibly the three blocky “chess piece” stalactites were meant to be textured as plant-like growths? 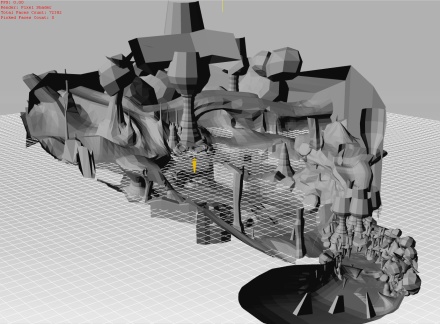 The plain / useful textures and mattes (painted backgrounds) from the open movie Sintel, which I’ve reduced in weight/size for use with iClone. Creative Commons Attribution 3.0. 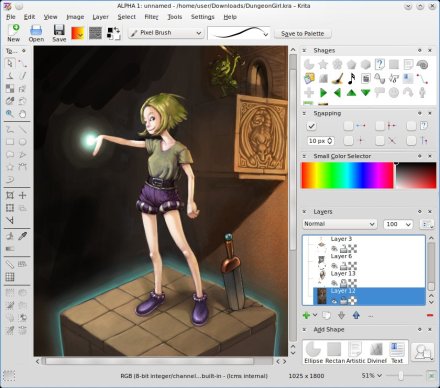 Also worth a look, the similar open-source software MyPaint. 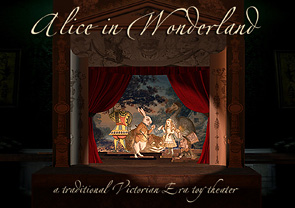